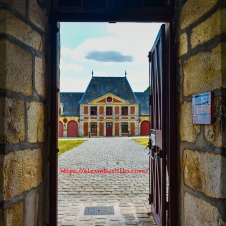 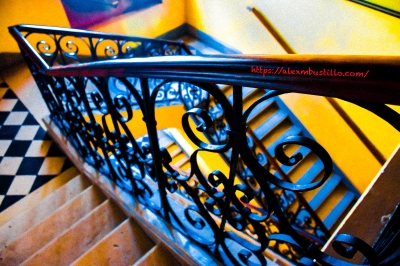 The Christ in The Chapel

The Christ in The Chapel 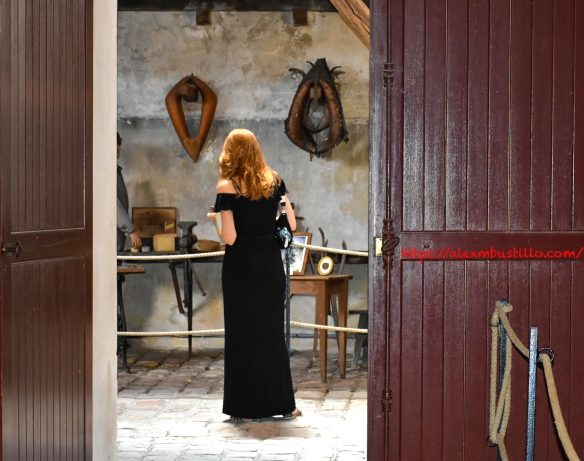 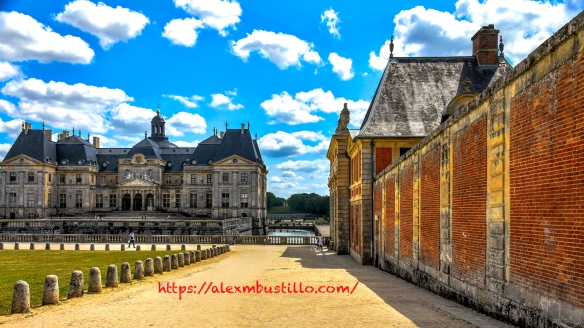 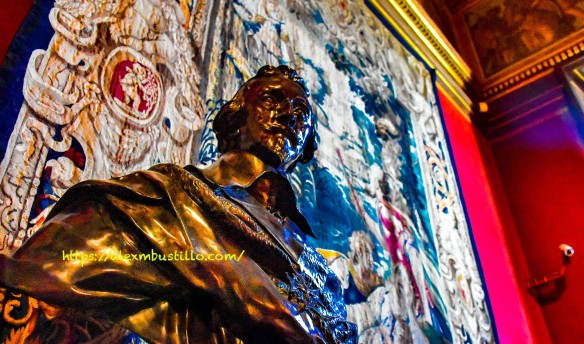 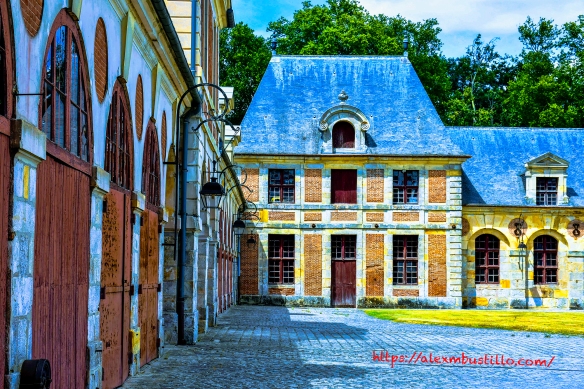 The Château de Vaux-le-Vicomte is a baroque French château located in Maincy, near Melun, 55 kilometres (34 mi) southeast of Paris in the Seine-et-Marne département of France.

Built between 1658 to 1661 for Nicolas Fouquet, Marquis de Belle Île, Viscount of Melun and Vaux, the superintendent of finances of Louis XIV, the château was an influential work of architecture in mid-17th-century Europe. At Vaux-le-Vicomte, the architect Louis Le Vau, the landscape architect André le Nôtre, and the painter-decorator Charles Le Brun worked together on a large-scale project for the first time. Their collaboration marked the beginning of the “Louis XIV style” combining architecture, interior design and landscape design. The garden’s pronounced visual axis is an example of this style.

Once a small château between the royal residences of Vincennes and Fontainebleau, the estate of Vaux-le-Vicomte was purchased in 1641 by Nicolas Fouquet, an ambitious 26-year-old member of the Parlement of Paris. Fouquet was an avid patron of the arts, attracting many artists with his generosity.

When Fouquet became King Louis XIV’s superintendent of finances in 1656, he commissioned Le Vau, Le Brun and Le Nôtre to renovate his estate and garden to match his grand ambition. Fouquet’s artistic and cultivated personality subsequently brought out the best in the three.

To secure the necessary grounds for the elaborate plans for Vaux-le-Vicomte’s garden and castle, Fouquet purchased and demolished three villages. The displaced villagers were then employed in the upkeep and maintenance of the gardens. It was said to have employed 18 thousand workers and cost as much as 16 million livres.

The château and its patron became for a short time a focus for fine feasts, literature and arts. The poet Jean de La Fontaine and the playwright Molière were among the artists close to Fouquet. At the inauguration of Vaux-le-Vicomte, a Molière play was performed, along with a dinner event organized by François Vatel and an impressive firework show.

The château was lavish, refined and dazzling to behold, but those characteristics proved tragic for its owner: the king had Fouquet arrested shortly after a famous fête that took place on 17 August 1661, where Molière‘s play ‘Les Fâcheux’ debuted.  The celebration had been too impressive and the superintendent’s home too luxurious. Fouquet’s intentions were to flatter the king: part of Vaux-le-Vicomte was actually constructed specifically for the king, but Fouquet’s plan backfired. Jean-Baptiste Colbert led the king to believe that his minister’s magnificence was funded by the misappropriation of public funds. Colbert, who then replaced Fouquet as superintendent of finances, arrested him. Later, Voltaire was to sum up the famous fête: “On 17 August, at six in the evening Fouquet was the King of France: at two in the morning he was nobody.” La Fontaine wrote describing the fête and shortly afterwards penned his Elégie aux nymphes de Vaux.

After Fouquet was arrested and imprisoned for life and his wife exiled, Vaux-le-Vicomte was placed under sequestration. The king seized, confiscated or purchased 120 tapestries, the statues and all the orange trees from Vaux-le-Vicomte. He then sent the team of artists (Le Vau, Le Nôtre and Le Brun) to design what would be a much larger project than Vaux-le-Vicomte, the palace and gardens of Versailles.

Madame Fouquet recovered her property 10 years later and retired there with her eldest son. In 1705, after the death of her husband and son, she decided to put Vaux-le-Vicomte up for sale.

In 1968, the property was opened for public tours. A major restoration was completed starting in 1976 and it was continuing in 2017; the roof repair alone took six years. The Baroque ceiling in the Chambre des Muses, “decorated by Charles Le Brun’s workshop”,[12] was restored in 2016-2017 and was first shown to the public in March of 2017. The business is now administered by their three sons: Alexandre, Jean-Charles and Ascanio de Vogüé. “We don’t care about the aristocratic part of this life,” said Alexandre de Vogüé, but they are determined to continue the preservation.[13] “We have a ten-year plan, detailing what to do and when; a plan that includes a project of infrastructure restoration, restoration of the garden, and smaller projects; all with anticipated costs next to it. We make this list public for our donors, and people can sponsor a special project, such as restoring a statue in the garden,” Alexandre told a reporter in 2017.

Approximately 300,000 visitors arrive each year, 75% of them from France. Recognized by the state as a monument historique, the property is open most of the year, but closed for approximately two months in winter, 6 January to 22 March in 2019, for example. During the Christmas season, major decorations are installed: 150 trees, 10,000 items and 4,000 metres of garlands and lights, as well as a giant illuminated squirrel and angel, in 2018.