Sartre in Search of Genet: ‘Saint Genet: Actor and Martyr’

It seems necessary at the outset of this review to note that Jean-Paul Sartre’s magisterial Saint Genet: Actor and Martyr is a book that resists reviewing. Saint Genet is excessive: it spills over with words, and any commentary that is likely to do it justice will necessarily have to be another book-length endeavour. As such, this review is more of a record of impressions and fragments than an authoritative statement or judgment of it as a “text”. Indeed, to review Saint Genet is to fail from the start, but it’s a kind of failure that produces its own illuminations and insights.

I can’t help but turn to Susan Sontag’s words in Against Interpretation and Other Essays, where she begins an assessment of the same book with these words: “Saint Genet is a cancer of a book, grotesquely verbose, its cargo of brilliant ideas borne aloft by a tone of viscous solemnity and ghastly repetitiveness.” Grotesque and ghastly—Sartre’s work is a monster that will devour the reader’s presence of mind, to be sure. It seems perfectly appropriate, then, that I began reading Saint Genet while Kanye West’s “Monster” played in the background: much like Nicki Minaj’s persona in the song, Sartre’s implicit announcement to his future reader seems to be “First things first, I’ll eat your brains.”

What began as an introductory essay to Genet’s collected works published by Gallimard swelled in size to become the 600 page book recently reissued by the University of Minnesota Press. Sartre’s work is neither biography nor literary criticism; instead, it’s best understood as an extension of his philosophy of existentialism and should preferably be read as such. As Sontag points out with tongue firmly in cheek, “In Genet, Sartre has found his ideal subject. To be sure, he has drowned in him.” 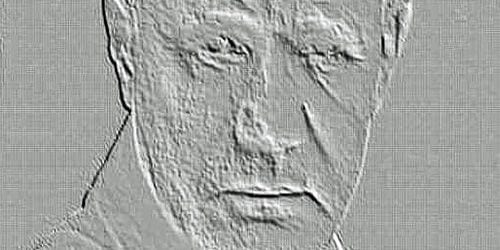 It helps if one is familiar with Sartre’s philosophy—if not extensively, then at least superficially. More important, however, is a familiarity and a more-than-curious interest in Genet’s work. A blazing need to immerse herself in Genet will certainly prompt the reader to plunge into the subject with Sartre as companion; whether this pays off in the end is surely an open question, since Sartre talks at great length and depth about Genet until Genet ceases to be Genet. One recalls Félix Guattari’s “Genet Regained”, in which he refers to Saint Genet as “the colossal and sumptuous monument—not to mention mausoleum—that Sartre built to Genet”.

Although Edmund White’s later biography has proved most of the early “facts” to be largely imaginary or untrue and the result of Genet’s own masterful ability to concoct a personal mythology, Sartre, writing in 1952, takes these facts at face value and expands upon them. It’s not through ignorance, one presumes,

because Sartre knew Genet personally, and as Sartre explains early on in Saint Genet, “Little Genet cares not a rap about history. Later, he will substitute mythologies for it.” It’s simply that these facts are necessary for the construction of Sartre’s moral and philosophical pronouncements and his book’s chosen subject(s): Genet the Thief, Genet the Aesthete, and Genet the Writer.

But Genet, like his prose, is slippery, made up more of half-hidden glimpses and absences than a fully-formed “I”, and the length of Saint Genet is testament to the deliberate attempt to pin Genet down to the page and make him adhere to Sartre’s formulation of existential phenomenology. Radical freedom and groundlessness is the essence of the latter, and as such, self-identity is constructed through various projects the self takes on to ground itself.

Sartre begins with Genet’s initial thefts as a young child in order to give life to his premise that “this initial event determined Genet’s inner climate, which will be horror.” Genet’s self-identity was formed by three projects, and these projects in turn form the underlying structure of Saint Genet’s main sections: the ethics of evil (“Radical evil is not the choice of the sensibility but of the imaginary.”), the “blackness” of aestheticism (“The aesthete’s will must not only be a will to Beauty but a beautiful will.”), and Genet’s transformation into a writer through his “false prose” (“He is the opposite of an intuitive writer: his art will be a scheming, a set piece, a machine; he is served less by terrorism than by rhetoric.”)

In “Interview with Madeleine Gobeil” for Playboy in 1964, published in The Declared Enemy: Texts and Interviews, Genet is asked, “Why did you decide to be a thief, a traitor, and a homosexual?” His answer:

“I didn’t decide, I didn’t make any decision. But there are certain facts. If It started stealing, it’s because I was hungry… As for homosexuality, I have no idea… Homosexuality was imposed on me like the color of my eyes, the number of my feet… It’s only after becoming aware of this attraction that I “decided,” that I freely “chose” my homosexuality, in the Sartrian sense.”

Sartre’s own rhetorical flourishes are underpinned by a philosophy that one either sympathises with or finds a contradiction in its own terms. “The secret of homosexuality,” Sartre tells us of Genet’s choice to one, is that “it elects to be a crime. Not only because it is ‘against nature,’ but because it is imaginary. The homosexual is not an idle dreamer: he is an impostor, a faker. Genet elects to be a woman, but he does so as he elects to be a prince: falsely.” Some will hasten to inform you that Sartre is not homophobic, of course, because to be homophobic would be to believe that homosexuality is more than imaginary. Furthermore, the dialectics of freedom that form the basis of Sartre’s philosophy owes its debt to the Hegelian formulation of the master-slave dialectic; it’s a significantly more complex understanding of the formation of self-consciousness in relation to that of the Other.

Still, in order to understand Genet’s prose works, it’s important to acknowledge that many of Genet’s characters are genderqueer and to sympathise or at the very least be prepared to accept their shifting gender positions/identities, but there is no room for this in Sartre’s world. (“Naïve, touching, and secretly conformist,” Guattari says, referring to Sartre’s conservative, heterosexist conventions.) In Sartre’s world, there are only men pretending to be women and women always-already premised on an imagined lack. “Simone de Beauvoir has shown us that there is no feminine society,” Sartre reminds us in one of his references to his partner and influential French feminist, and this is because women are merely reflections: “they cannot recognize each other.”

One scrambles about urgently for Judith Butler at this point, because it clear that Genet’s use of language in his prose works (some of which purport to be a blend of autobiography and fiction) is language-in-drag; a parody of phallocentrism and an attempt to destabilise and shift than an attempt to forge a coherent self. To understand this better, Elizabeth Stephens’s Queer Writing: Homoeroticism in Genet’s Fiction is particularly helpful:

“The practice of writing, as described in Genet’s novels, is a mode of destabilisation and disruption, a means by which to render conventional narrative forms and representational economies strange, transformed by the perverse influence of his queer narrators.”

Stephens’ study is more useful for the person who is wants to study the effects of destabilisation and displacement brought about by Genet’s prose. In discussing Genet’s writing, “Genet the man” is everywhere but “Genet the author” appears to be dead, showing up as a ghost here and there to haunt his own words. As Stephens says,

“It is precisely for this reason that Genet’s fiction has come to enjoy the unusual distinction of disturbing its supporters and detractors in equal measure, and is so often cited as exemplary of opposing readings: critiqued as both revolutionary and reactionary, abject and dandified, homoerotic and homophobic.”

It’s not that Sartre isn’t aware of this; a work of stupendous thought and intelligence like Saint Genet cannot be said to be flimsy or remiss in its consideration of its subject, and as such some of the best moments are when Sartre gets out of his own way and considers Genet’s work on its own terms. In this, he yields some gem-like insights: “While seeking to arouse horror, Genet writes in order to be loved… His extraordinary books are their own rebuttal.” Or, in considering Genet’s fetishisation of a certain type of masculine beauty: “There is a kind of panic in Genet’s love for young males: he does not know what to do with them.”

Sometimes, Sartre even relaxes enough to leave his tongue in cheek: when discussing the French predilection for excrement (both literal and figurative), he says, “Besides, the French bourgeois doesn’t dislike shit, provided it is served up to him at the right time… As for myself, I am not as fond of shit as some people say I am.” Sartre’s Marxist analyses (“Our future burglar starts by learning absolute respect for property”) are compelling in light of Genet’s own work which seems to be continually resisting the pull of the complacencies of bourgeois values and religious bureaucracy. For example, in the same Playboy interview Genet says, “I would have liked for my book to have fallen into the hands of Catholic bankers or into the homes of ordinary people, policemen or concierges, people like that…”

“One should perhaps be grateful that Sartre stops after six hundred and twenty-five pages. The indefatigable act of literary and philosophical disembowelment which he practices on Genet could just as well have gone on for a thousand pages.” So says Sontag in her otherwise generous and just appreciative essay of Saint Genet, and one can’t help but agree. And Guattari is perceptive and acute when he says that while Sartre’s “existential psychoanalysis largely dissociated itself from Freudian conceptions, it is evident that it retained… reductionist tics.”

Still, Saint Genet is an astonishing experience simply because one can no longer imagine a writer thinking about and immersing himself in another writer as much as Sartre has in Genet in a time of especially fragmented attention. Saint Genet should be read alongside Genet’s own works; ideally, one should have uninterrupted access to time and a room of one’s own for this total immersion. Regardless of the effect of Saint Genet on the contemporary reader, however, I recognise the need to end this attempt at a review by drawing attention to the effect this book had on the subject itself:

“Sartre stripped me bear without mercy. He speaks of me in the present tense. My first reaction was to burn the book. Sartre had let me read the manuscript. I finally allowed him to publish it because my concern has always been to take responsibility for what I give rise to. But it took me a while to recover. I was almost unable to continue writing. I could have continued to develop novels mechanically. I could have tried to write pornographic novels in a kind of automatism. Sartre’s book created a void that allowed a sort of psychological deterioration to set in. This deterioration allowed for the meditation that led to my plays.”

Deterioration of self as creative impetus—one can’t help but to continue to have stars in one’s eyes while contemplating Genet in his own words: neither saint nor actor nor martyr, just a working writer.